Ah, the great British summertime. Long windswept walks on stony beaches, candy-striped sticks of rock, and clutching onto wide-brimmed straw hats… No British summertime scene would be complete without a picnic. It’s become an essential part of a walk in the countryside, day at the beach, or afternoon polo fixture. The British summer sports season is the first word in elegant afternoon dining. Think strawberries and cream at the tennis and harris tweed picnic blankets at the rowing.

At Emsworth Polo Grounds on Saturday (July 20th) Jean Boucton Champagne, Emsworth Polo, Cliveden Hotel and the Honesty Group are coming together for perhaps the most elegant take on a quintessentially British day out. There won’t be a soggy sandwich in sight. Wicker baskets with perfectly starched gingham cloth covering freshly cut organic sandwiches, scotch eggs, handmade scones, and a chilled bottle of Jean Boucton champagne will be the order of the day. All served against a charming backdrop of bunting strewn Gazebos and freshly mown grass.

The afternoon of picnicking and polo will kick off with the first game at half-past two, with the final fixture – the Gold Cup Final – taking place at four. Toast the day with a glass of Jean Boucton champagne, which has been the drink of choice at the Margot Turner Polo Challenge (at the Royal Military Academy of Sandhurst), the French Embassy, and the St Regis Hotel (international) Polo – so you’re in good company.

As the sun fades and the last drops of champagne are sipped, recline on a picnic blanket or wander around the Windsor countryside. This is British summertime, at its most classic stylish best. Stick around for the champagne sabering and raise a glass to the worthy winners. Even the temperamental British weather won’t be able to dampen your spirits.

Nestled in-between rolling hills in the beautiful Wiltshire countryside, the Tidworth Polo Club hosted The Captains and Subalterns Tournament in July. The event, which is the second oldest polo cup in the world, saw a return for the Army Medical Services team (AMS), who had been out of action for a few years due to operational commitments. Over the course of two days, the Army, the Royal Navy, and the Royal Air Force teams battled it out for top spot.

Arriving early to prepare the horses, the AMS team looked to be in good form kitted out in their StaaG polo shirts for their first face-off on Saturday. StaaG, one of the events sponsors, are a British lifestyle brand with a keen focus on design and engineering; it’s unique and exclusive polo tops were befitting of such an historic event. Lunch followed the first matches, giving guests, players, and sponsors the chance to indulge in a Jean Boucton champagne aperitif in the stunning surroundings.

Led by Lt Paul Erhahiemen QARANC, the AMS team narrowly missed out on first place, instead they secured a respectable second in their division. The team captain was in a celebratory mood as he honoured the tradition by sabering a bottle of Jean Boucton Champagne and toasting his team. The weekend came to a close as teams enjoyed glasses of champagne by the stables and guests admired the cars from Jaguar Land Rover which were dotted around the pitch.

Sponsors, Jean Boucton Champagne, StaaG Fashion, Jaguar Land Rover Marshall Military, were all in attendance to watch their shared vision for a weekend of champagne, polo, and new partnerships become a reality.

Blessed with fabulous June weather Champagne Jean Boucton were delighted to be involved in the first polo picnic of the season, hosted by HAM Polo Club in honour of the regimental polo fund launch.

A crowd of around 400 people enjoyed a number of games including the feature match, which pitted Ham against the light Cavalry Army Reserve regiment the Royal Yeomanry, who we will be supporting for the coming season and it is a collaboration which feels to be a very natural one due to our shared values, traditions and savoir-faire.

With the matches played and the prizes handed out the afternoon concluded with an aperitif with both the players and guests, where the players were given the opportunity to demonstrate their saber skills, through a sabrage exercise which is an old Champagne Boucton tradition!

‘The St. Regis International Cup is returning on Saturday the 16th at Cowdray Park for the opening of the international Polo season in the UK. The High Goal Polo match will see St Regis Polo Connoisseur Nacho Figueras play on the Americas team against England.

This event will give Champagne Boucton the opportunity to associate with the world renowned St. Regis Group, offering the readers of Vogue, Marie-Claire, the Stylist, the Telegraph, InStyle, Emerald Street, Sheerluxe, The Resident Online and Square Mile the opportunity to experience Champagne Boucton Cuvée Blanc de Blancs which is part of their Gourmet Picnic Hamper.

Champagne Jean Boucton Blanc de Blancs is exclusively blended with Chardonnay and pairs perfectly with smoked salmon, Nacarii caviar, Tuscan chocolate and other delights to be found in the Hamper. 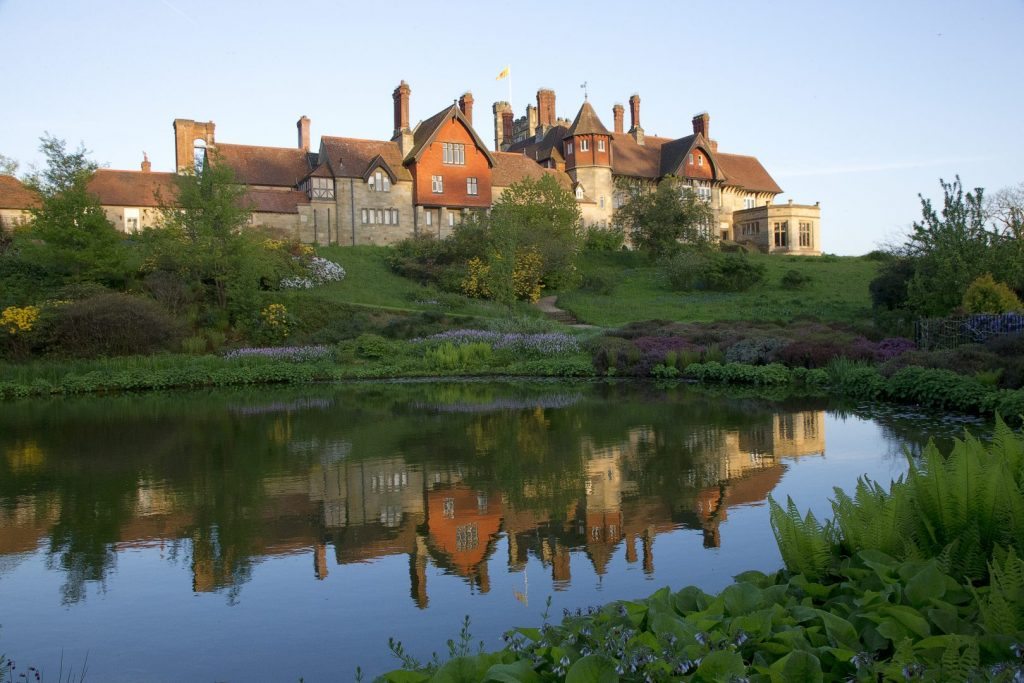